section and everything up until
* * @link https://developer.wordpress.org/themes/basics/template-files/#template-partials * * @package WordPress * @subpackage rise-lite */ ?> IN THE NEWS – Rick Thompson, Activist

Rick Thompson is a journalist and cannabis media specialist from Flint, Michigan. 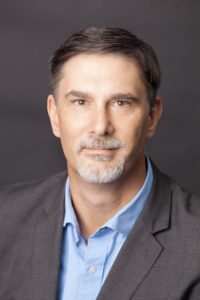 Mr. Thompson’s works have appeared in major newspapers, most recently The Detroit Free Press, through syndication via the Associated Press and Reuters, in cannabis specialty publications, and regional news and music publications. In 2016 he was awarded a coveted Crystal Trichone Award for Journalist of the Year; in 2015, Mr. Thompson was named one of three Citizen Activists of the Year for the United States by a major industry media group.

“His very successful Bridge Walk (blog) became an article which now is on the FEATURED section of Google News, above articles from CNN, the Wall Street Journal, the NY Times, PBS, and Fox News. It was reproduced in Patch outlets across the state and is featured in at least four other states (that I can find right now). This MINORML activity has blossomed beyond our state borders. We are inspiring others to do greater things by showing them the way.”

In addition to being a photographer and journalist (visit The Social Revolution.org), Mr. Thompson is also involved in marijuana law reform activism. He currently sits on the Boards of the Michigan chapter of NORML and the MILegalize ballot proposal committee, which collected 354,000 signatures to bring the adult use of marijuana to Michigan in 2016. Follow the progress of the MILegalize campaign by clicking HERE.

Learn more about Rick Thompson by visiting his website at :

See Mr. Thompson’s photos and creations on display at:

Mr. Thompson is one of Michigan’s most frequently-quoted cannabis personalities. View some of his more notable statements to media on the following pages, indexed by year:

Some of Mr. Thompson’s works were recently donated to raise funds for the MILegalize group; these posters and a magazine were signed by industry notables Tommy Chong and DJ Short, as well as NHL legends Darren McCarty and Larry DePalma. Mr. Thompson was the Editor of the Michigan Medical Marijuana Magazine at the time of this issue’s publication

One thought on “IN THE NEWS”